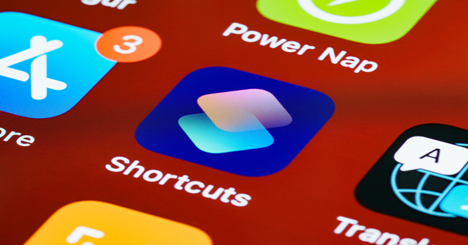 Replace Siri With Google Assistant on iPhone and iPad

Yes, you can. What? You have Siri on your iPhone or iPad and wonder. Is it possible to replace Siri with Google Assistant?

If you love Apple’s ecosystem with its wide variety of products, then Siri is the way to go for a lot of reasons. But if you love devices that have overall smarts, then even you can’t deny how great Google Assistant is.

Hmmm, you may even think you want to replace Siri with Google Assistant on your iPhone or iPad. We are here to help you replace Siri on both your iPhone and your iPad, if that is what you want.

To begin with, replacing Siri is not hard as long as you have the process down. The first step is to:

Downloading and installing the Google Assistant app is free. Once you have downloaded it, launch it and set it up to run on the iPhone or iPad. To explain, you just need to give Google Assistant the necessary permissions.

For help in installing Google Assistant, you can go to iPhoneLife.com for images and instructions to help you with the installation and more.

Now you’re in Google Assistant! You can set up the app to work for you and your needs. Examples are setting up your assistant’s voice, what devices the assistant can connect to, automated structures, and more; or you can just start typing or tap the microphone to ask Google Assistant your questions.

Before you generate a shortcut to summon Google Assistant, make sure that Siri is enabled and Listen for Siri is toggled on.

The next step is to create the ‘Hey Google’ shortcut. To do this, follow the steps below:

1. Launch the Shortcuts app on your iPhone or iPad.

• On your iPhone, iPad, or iPod touch, open the Siri Shortcuts app.
• Tap the Gallery tab.
• Under Shortcuts from Your Apps, tap See All to see actions from different apps.
• Tap Add next to a shortcut that you want to add.
• Tap Add to Siri.

Following setting up Hey Google, what is next? According to Wccftech.com, now you can start using Actions.

2. Once you tap on Hey Google, you will see a list of Actions in Assistant. This is where you can add your own shortcuts by clicking on “New Shortcut.” Click on Next and name your new shortcut. Since you will be now using Google Assistant, your best name is “Hey Google.” In my view, that just makes sense.

How to Use the New Shortcut

Of course, you are not done yet. You still cannot use Google Assistant until you take care of the details below.

For this to work right, you must have Siri enabled on your iPhone and/or iPad. You can make sure it’s enabled by going to Settings > Siri & Search.

Step 1. Press and hold the power button on your iPhone or iPad until Siri shows up

Also, you can say ‘Hey Siri’ followed by ‘Hey Google’ to do the same thing to run your new shortcut like this: Hey Siri, Hey Google. Or, you can just launch the Shortcuts app, tap on the newly created Hey Google shortcut and speak away your request.

Once you’ve given your request, iOS or iPadOS will launch the Google Assistant app and show you the results of the query there.

Final Thoughts on How to Replace Siri with Google Assistant

Granted that you can do a lot of things with Google Assistant on your iPhone and iPad. However, you may not want to jump too soon. You may or may not receive as many features as its Android counterpart.

You can request it to play something on YouTube app, but you won’t be able to launch system apps such as Photos. But, if you have Google Photos installed, then that problem is solved. Basically, it plays nicely with Google’s own services. You are stuck though if you want to send text messages or iMessage. For that, you still have to use Siri.

If you are not quite ready to give up on your beloved Siri and don’t want to replace Siri with Google Assistant, we published a post on the favorite uses for Siri that you may be interested in.